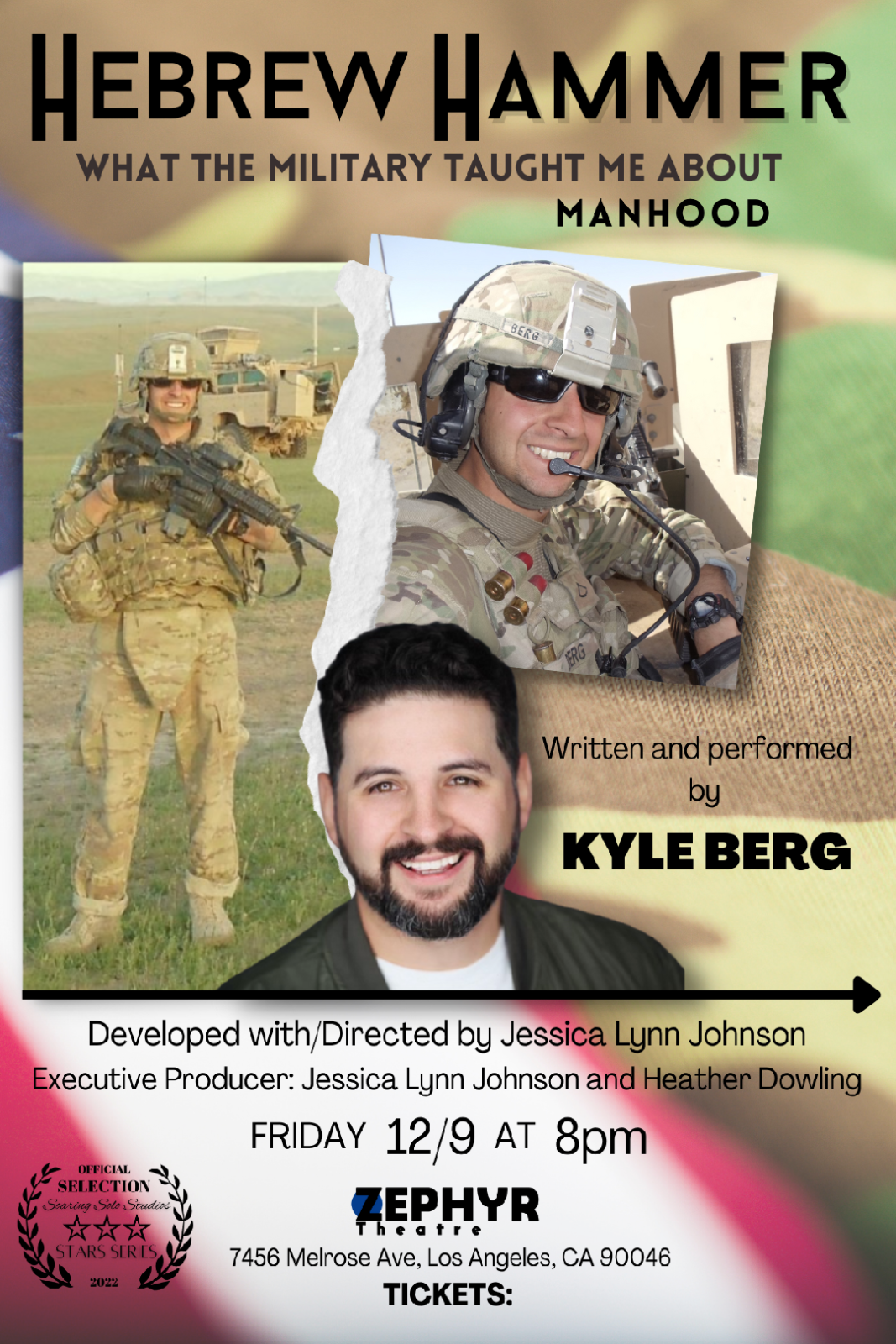 One mans journey from childhood to adulthood and how his combat experience in Afghanistan shaped who he is today.

This show takes you into the life of Kyle Berg and how growing up he was a natural comedian that used comedy to get through the hardships in his life. Raised by his mother and grandparents he had to learn how to become a man on his own which lead him to join the U.S Army. There he learned how to overcome his crippling anxiety and depression that plagued him as a child and how the military skyrocketed his confidence to follow his life long dream of working in Hollywood.

Hebrew Hammer: What The Military Taught Me About Manhood in the Soaring Solo Stars Series at the Zephyr Theatre!