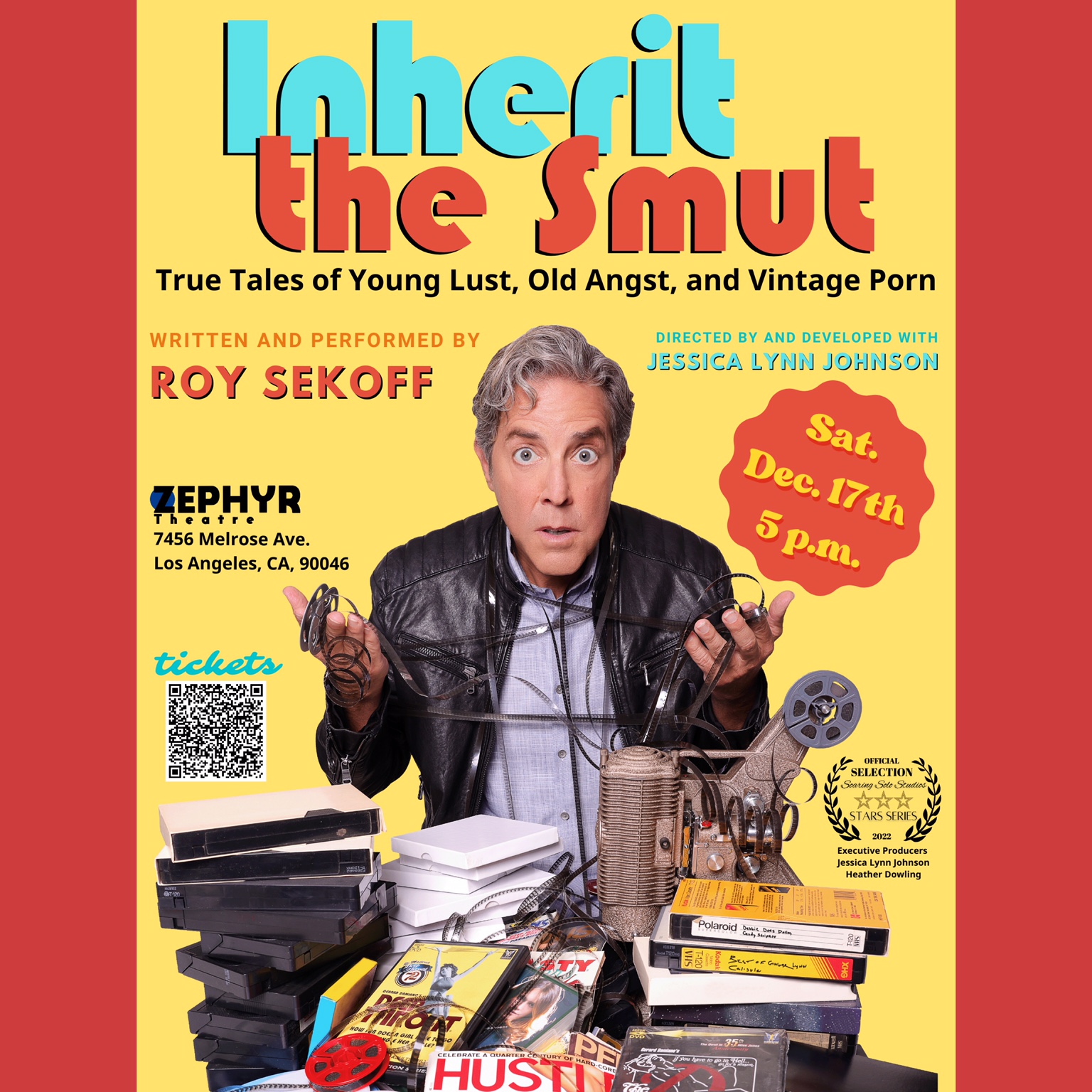 Inherit the Smut is an uproarious testament to writer/performer Roy Sekoff’s unwavering commitment to overshare, as he plumbs his past — particularly his overstimulated teen years — for laughs and insights into his relationship with his larger-than-life parents.