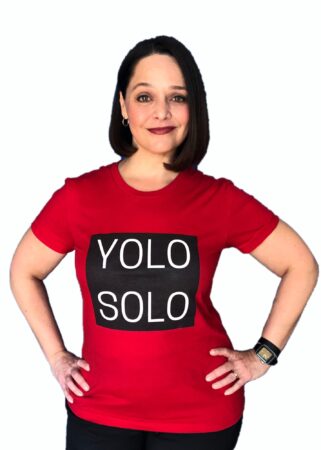 Heather Dowling is an award-winning writer and actress. In 2019, Heather premiered her second one-woman show, FERTILE at the Hollywood Fringe Festival. She won the PRODUCERS’ ENCORE AWARD and was nominated for BEST SOLO PERFORMANCE. She won these same awards for her first show, UNEMPLOYED. FINALLY. at the Hollywood Fringe Festival 2015. FERTILE and UNEMPLOYED were both selected for SOLOFEST, the largest solo theatre festival on the West Coast, and both were also selected for the prestigious LA WOMEN’S THEATRE FESTIVAL. In 2017, UNEMPLOYED was invited to be part of UNITED SOLO, the largest solo festival in the world, giving Heather the chance to perform on 42nd Street in NYC. The success of these shows came largely as a result of Heather’s exceptional ability to create characters. In FERTILE she embodies 11 and in UNEMPLOYED she brought 40 different characters to the stage. Heather credits the success of her shows largely to Jessica Lynn Johnson and being a part of Soaring Solo. She is thrilled to have the chance to share the guidance she’s been given with other would-be solo-performers as a Soaring Solo Instructor. Learn more about Heather at HeatherDowling.com.