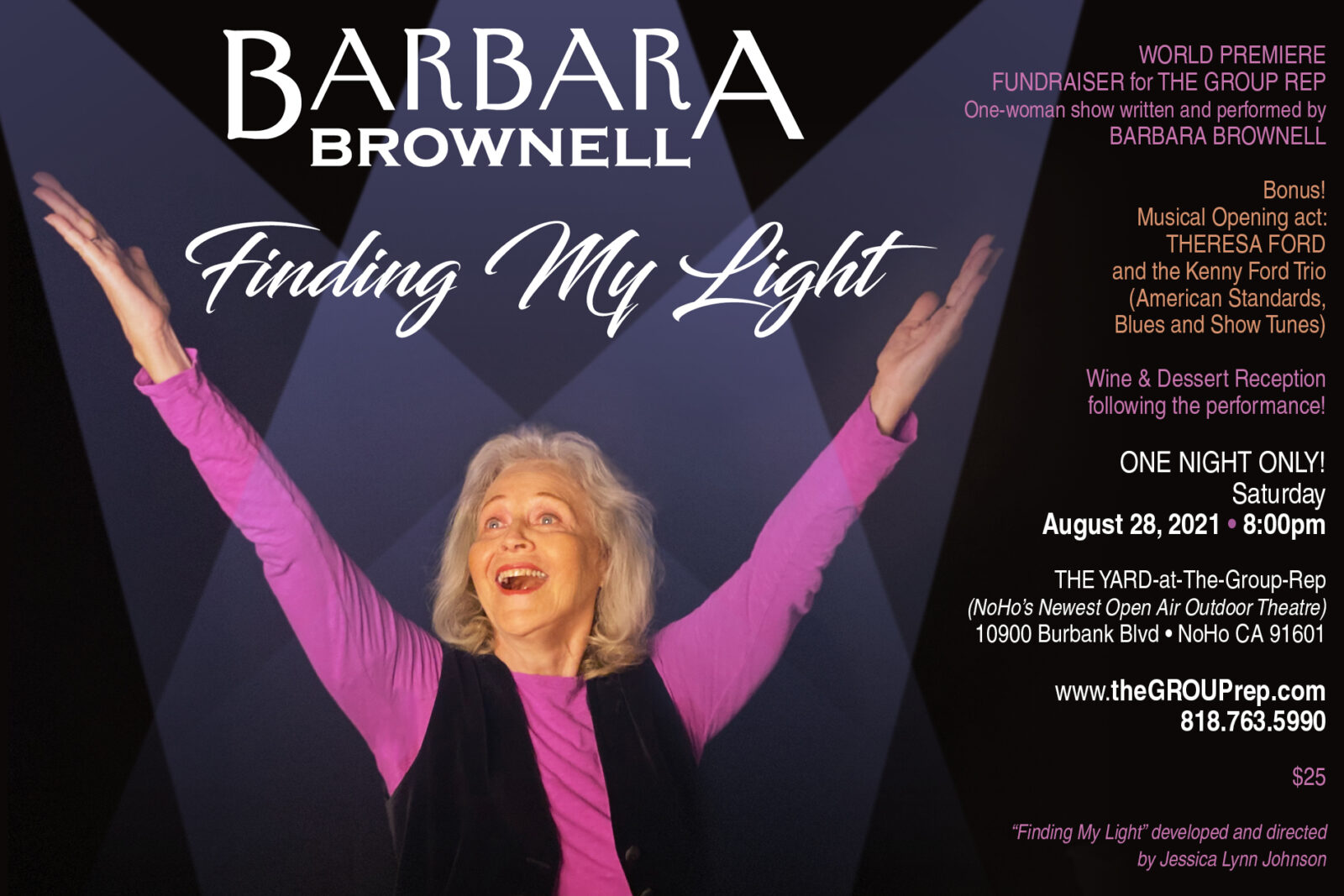 An array of characters reveal how Barbara’s love of light carried her through a difficult childhood, to Broadway and Hollywood stages and beyond, and helped illuminate the truth of her own existence that lay hidden in the shadows for 65 years. “It’s not the cards you are dealt, but the attitude that makes all the difference.”

Theresa Ford and the Kenny Ford Band is the opening act. One night only!

Dessert reception to follow.  Tickets are $25.00 and can be purchased in advance at thegrouprep.com. For information and reservations call 818.763.5990. Performance will take place in the new outdoor venue, The Yard at the Group Rep at the Lonny Chapman Theatre, 10900 Burbank Blvd., North Hollywood 91601.

FINDING MY LIGHT – A fundraiser performance at The Group Rep.