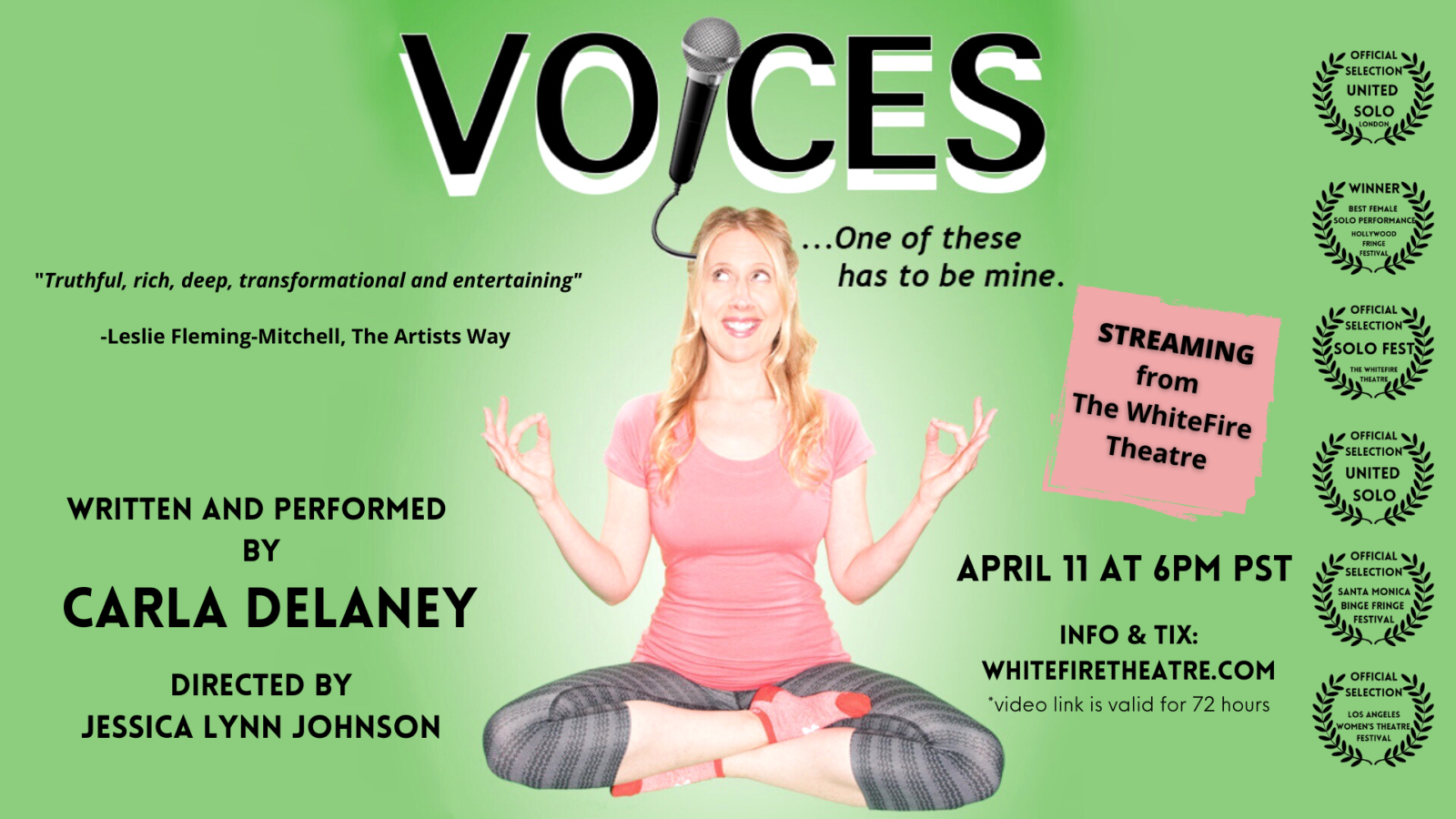 Carla Delaney can mimic any voice from Betty White to Barbra Streisand to Bart Simpson! But using her own voice, now that’s another story! In this hilarious award-winning comedy about a voice-over actress discovering her own voice, Carla meets the surprising voices of her head, her heart, her snotty respiratory system, and over 30 more, making her ask the question, “is it noisy in here, or is it just me?” Realizing the value of one’s voice has never been so fun! Voices won Hollywood Fringe’s Best Solo Performance by a Female, LA Weekly’s Pick of the Week, and was nominated as Fringe’s Best Solo Show. Official Selections include United Solo London, United Solo New York, The Santa Monica Playhouse’s Binge Free Fest, The Los Angeles Women’s Theatre Festival, and Whitefire Theatre’s SoloFest.

Written and performed by Carla Delaney