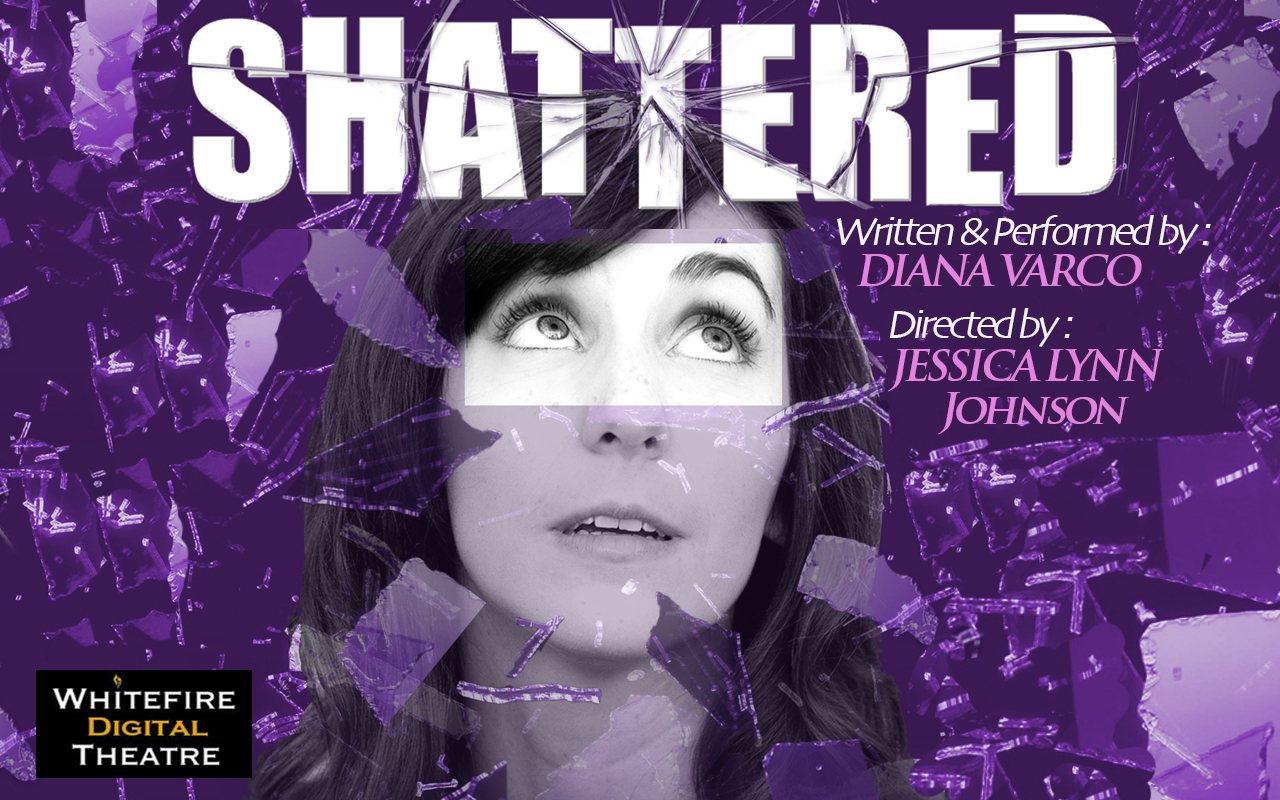 All her life Diana hasn’t hit it off with the fellas. In 3rd grade, she kicked her crush in the crotch and her dating life didn’t improve from there.

What starts as a quick look into why Diana doesn’t date much, ends up a hilarious and heartbreakingly raw journey through dating, dysfunction, and sexual devastation – told through the voices of 35 characters.

Diana delivers a fast-paced, powerhouse performance filled with wit, poignancy and vulnerability, as she explores themes of the psychological fall out of sexual assault, authority figure failures, the power of Shame, post-traumatic growth and much more.

In Shattered, Diana uses comedy to take us through tragedy and triumphantly tells the tale of one individual picking up the broken pieces of herself and learning to live again.

SHATTERED streaming from the Whitefire Theatre in SOLOFEST 2021!