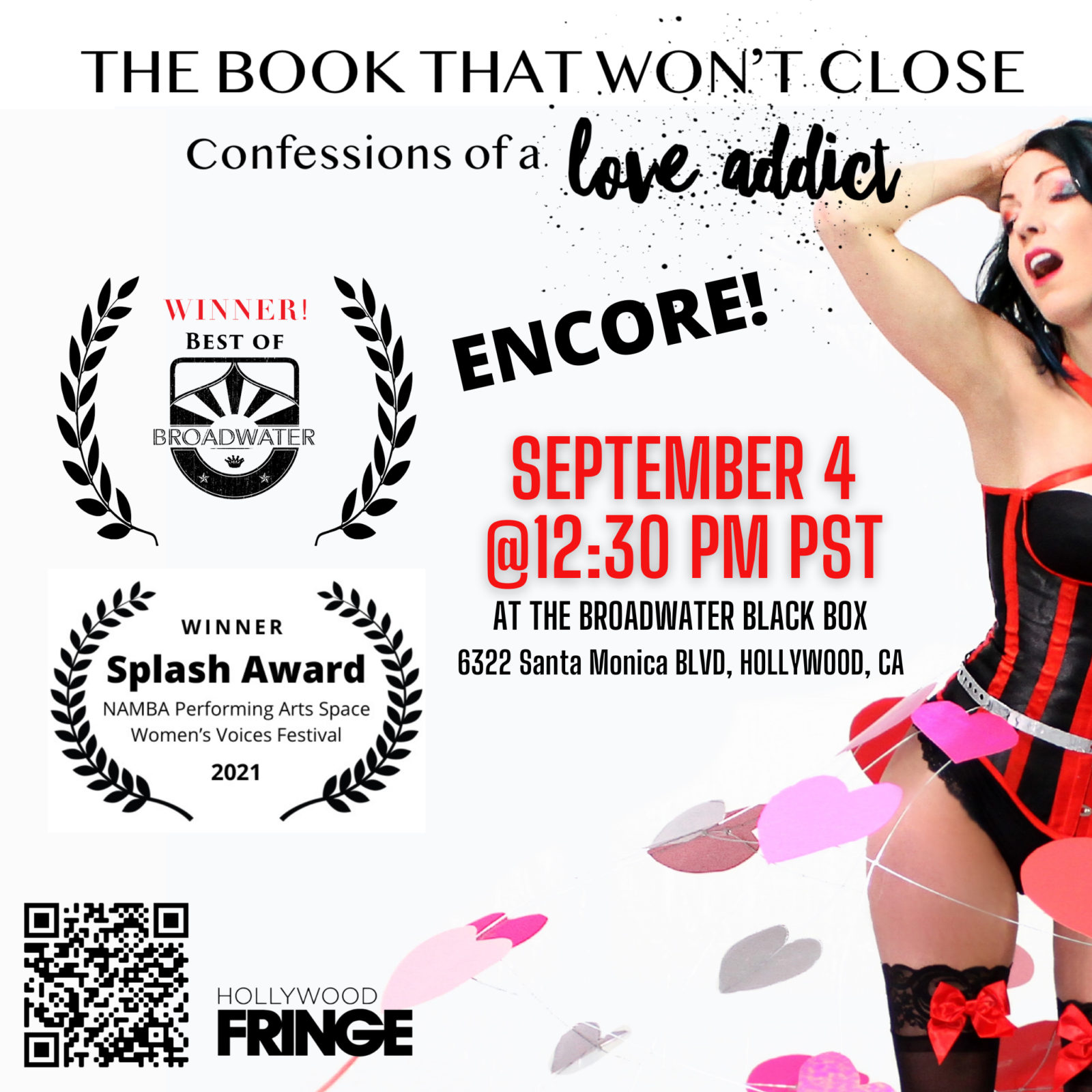 Best known for her award-winning work in the documentary, “See What I’m Saying: The Deaf Entertainers Documentary,” and Olivia on ABC Disney’s “Switched at Birth, TL Forsberg is an international performer, playwright, and diversity advocate.

The Book That Won’t Close, follows a bi-culturally fluid  deaf woman who confronts her identity while doing a self-imposed rehab for Love Addiction.

Things shift when TL meets TREVA, a gender fluid Transgender Sex Coach, who teaches her to love the parts of her that are both hearing and deaf and she learns to claim her place as a sacred Hybrid on the path of healing and integration.

With TL’s original rock music and ASL, this emotionally packed, critically acclaimed, award-winning solo show opened at The Santa Monica Playhouses Binge Fringe Festival where is won “Best of Fest!”  It continued to win “Best of Fest” and producer Encore Awards” at the largest solo theatre festival on the West Coast, at The Whitefire’s “SoloFest 2020 & 2021.”

A Diversity Scholarship winner for the The Hollywood Fringe Festival 2021, The Book That Won’t Close was nominated “Top of The Fringe” and won “Best of The Broadwater” for artistic merit and commercial viability) and “Solo Splash Award” (for female empowerment.)

Directed by and developed with award-winning Jessica Lynn Johnson, the show is a dark comedy that includes music, dance, video projection, and sign language and is not only inspirational but is “Edu-taining” and emotionally raw.

It has been reviewed as, “The best One Woman Show I’ve ever seen!” (Yvonne Rancheros, NoHo Arts District).

“TL is a powerhouse performer, that will shake you to your soul!” (Shari Barrett, Culver City News/ Broadway World)

TL’s art is a platform for her work as a Worldwide Integration Advocate, Diversity Agent, Speaker and Coach. For more information visit www.tlforsberg.com.

THE BOOK THAT WON’T CLOSE – Best Of Broadwater ENCORE performance in Hollywood Fringe!