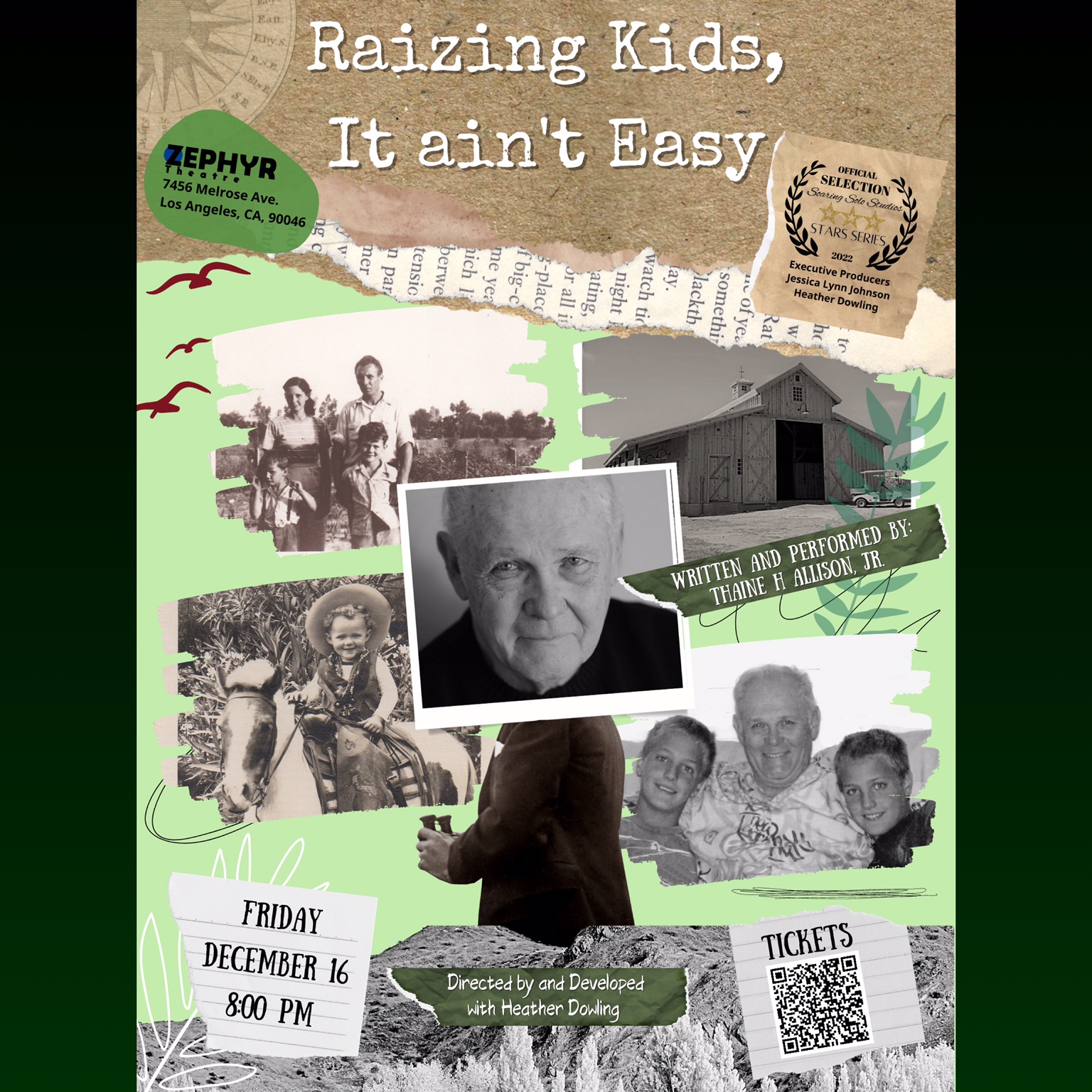 Literally, as I write this, my great-grandson is being born. Another son, another new dad to
find their way in this amazing world. “Raizing Kids, It Ain’t Easy” began with a poem several
years ago. I’ve been a dad for a number of years now, but most of the time I have been on
my own, except for the steadfast support of my sons’ mother. The show is loosely based on
my experience as a dad and events that may or may not have actually occurred. Growing up
in the 50’s, dads were pretty silent and as Bruce Springsteen says, “secretive.” I was locked
in a small room with several other dads when they were born and continued my journey as a
dad pretty much solo.
I also realized that dads seem to be undervalued in American society. As portrayed in film
and TV, we are bumbling idiots that are frequently ignored, or we are violent abusers that
abandon our children. I came to understand, pretty much via trial and error, that dads have
greater influence on their children than they ever know. Even my emotionally distant dad had
more influence on my parenting skills than I realized before I developed this play. He is one
of 38 characters that makes several appearances in the show.
As I developed this show in classes, and short excerpt readings, I received valuable feedback
and encouragement from other guys, who were sons, sometimes dads. Choosing which
stories to tell was sometimes difficult. I think all have an underlying lesson for me. Like a lot
of experiences, I learned more than I gave to the moment. My takeaway is that dads are
pretty important. I trust that you will be entertained. Thank you for your support.

RAIZING KIDS, IT AIN’T EASY in the Soaring Solo Stars Series at the Zephyr Theatre