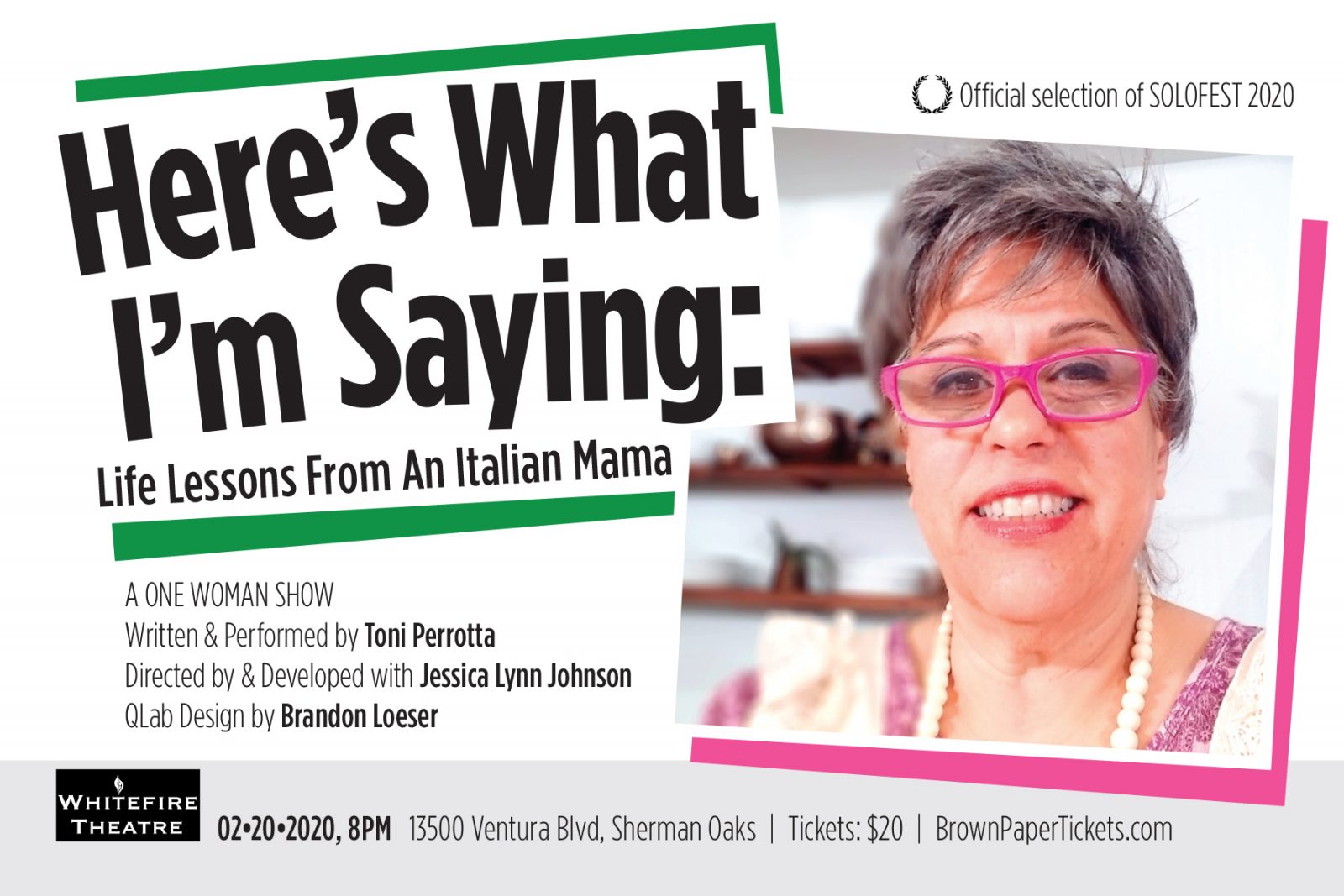 Here’s What I’m Saying…Life Lessons From an Italian Mama. Written and performed by Toni Perrotta. Artfully directed by and developed with Jessica Lynn Johnson. Premiering in Solofest 2020 at the Whitefire Theatre in Sherman Oaks. THE LARGEST SOLO FESTIVAL ON THE WEST COAST !!!!!

Toni will take you through decades of life experiences told through the many characters she has met, dealt with, and grown from.

Toni started out in stand up comedy almost 30 years ago. She learned improv at The Groundlings, and performed sketch comedy all over L.A. In 1997 she took her then 3 year old daughter all over the country working in The Broadway Series National Tour of Tony n Tina’s Wedding. Toni played Josephine Vitale and got great reviews all over the country. She has since acted in more plays, television, and film.

Her most recent projects include Darren Bousman’s (SAW) Tension Experience where she played over a dozen different roles. She played Kitty in Cricket Daniel’s Lost Virginity Tour. At the time of this writing, she is starring in a sci fi pilot that she can’t talk about yet.

As far as writing goes, Toni has written a few screenplays that are looking for a home. She created and wrote the web series, Gray Matter that she also acted in. The pilot episode just won best ensemble in The Show Low Film Festival, and it is being entered into more festivals every day.

It’s a great little piece of solo theatre. You’ll laugh, you’ll cry, you may even learn a thing or two.