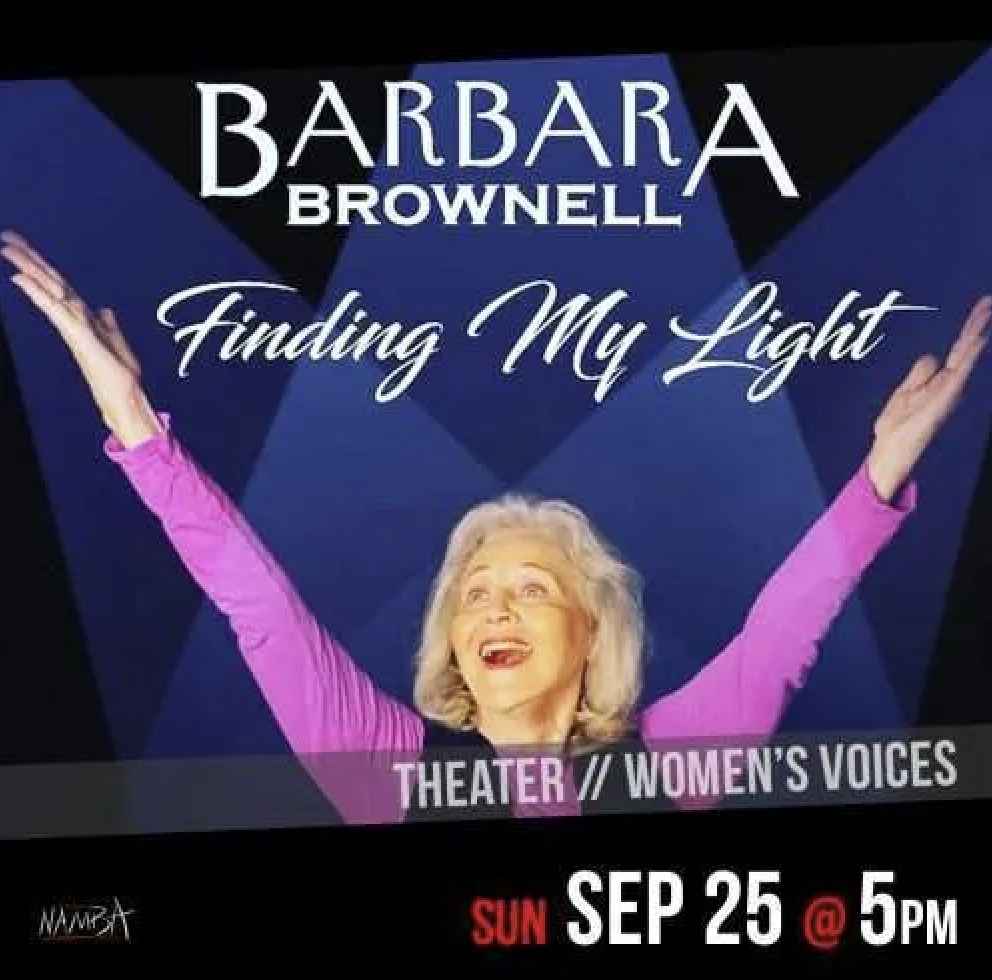 Finding My Light is Barbara’s first solo show. As she has plunged into this new chapter in her performing career, the personal exploration has proved to be a challenging, but also wonderfully rewarding experience.

Barbara Brownell began her performing career at five as Goldilocks. Eighteen years later she made it to Broadway in Play it Again, Sam with Woody Allen and Diane Keaton. She also appeared Off Broadway in The Ballad of Johnny Pot and at the Actor’s Studio in King Lear. Films include Going Home, Someone to Watch Over Me, Behind the Candelabra, and The Master. TV roles have ranged everywhere from a Hooker (Ironsides) to a nun (Our House). Other favorite TV credits include Malcolm in the Middle, LA Law, Mary Tyler Moore, Night Court, Mad Men, and Grey’s Anatomy. She has also had recurring roles on Webster and M*A*S*H.
As a proud member of the Group Rep theatre in North Hollywood, Barbara has had the opportunity to both act in and direct productions, winning the Broadway World Award in 2017 for Best Leading Actress, Los Angeles. She was also nominated for Broadway World Awards for directing in 2019 and for Performer of the Decade in 2020. Most recently, Barbara was seen on the Whitefire Theatre stage in the year’s streamed holiday production, Winter Tales. In the end, however, the role that made her a star with her grandkids was as a featured player in the award winning music video “Old Town Road” with Lil Nas X in 2019.

FINDING MY LIGHT at NAMBA Arts in Ventura!