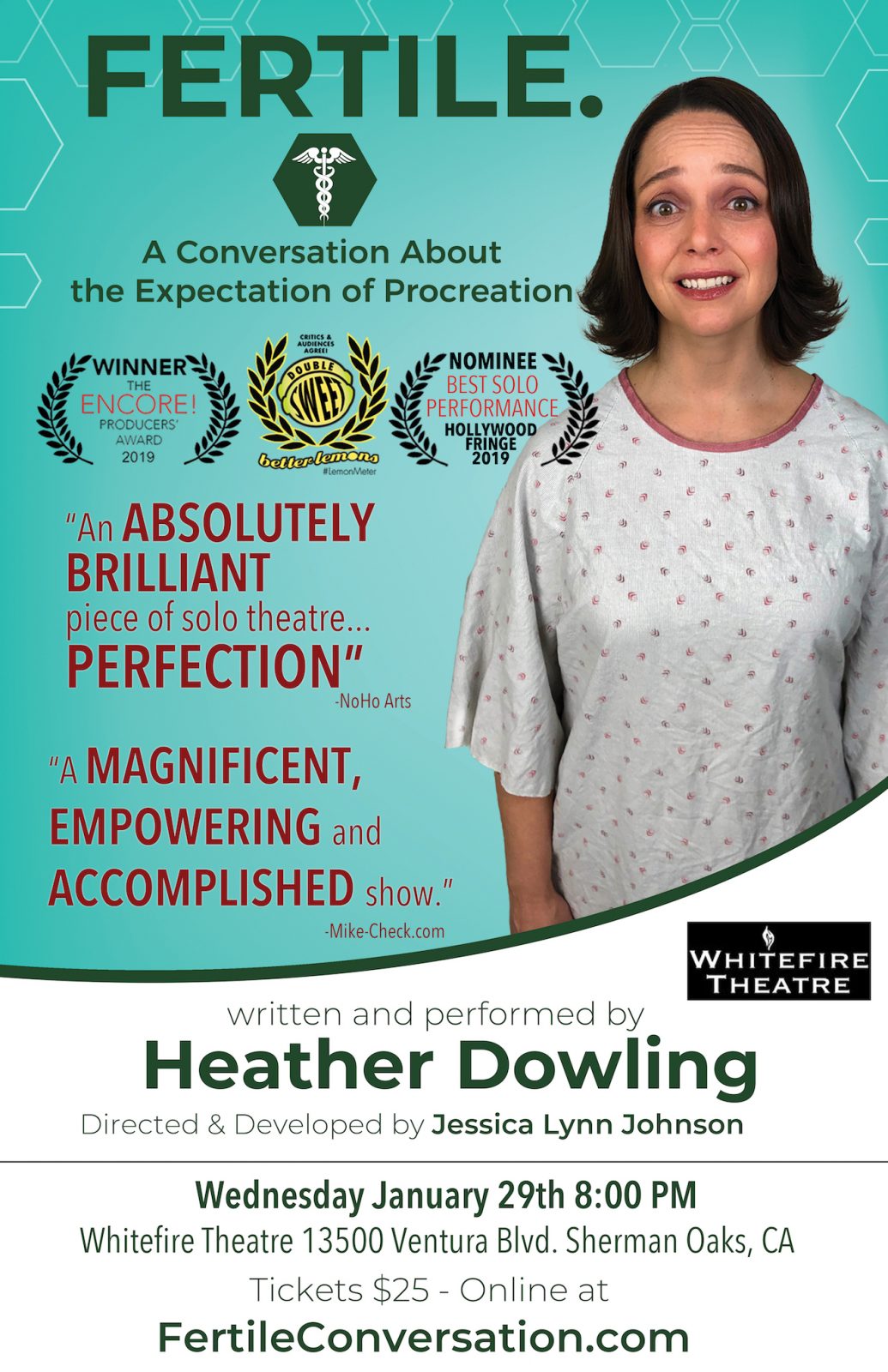 WINNER! Producers’ Encore Award
NOMINEE! Best Solo Performance 2019 Hollywood Fringe Festival
And now, SELECTED! for SOLOFEST – the largest solo theatre festival on the West Coast!FERTILE: A Conversation About the Expectation of Procreation
Jenny has a plan. A plan to get pregnant. Everyone keeps telling her that time is running out. She just turned 35 and those pesky urine tests keep coming back negative! Jenny decides to take action and fix the problem. That’s when she runs into real problems and real questions about fertility and motherhood. As she faces the world of mom options – egg freezing, in-vitro, adoption, and more – the conversation about the expectation of procreation really begins. Taking into account a whirlwind of outside opinions from her friends, doctors, a beloved neighbor – and even God  – Jenny must ultimately look within to discover what motherhood means to her, what it means to be FERTILE.