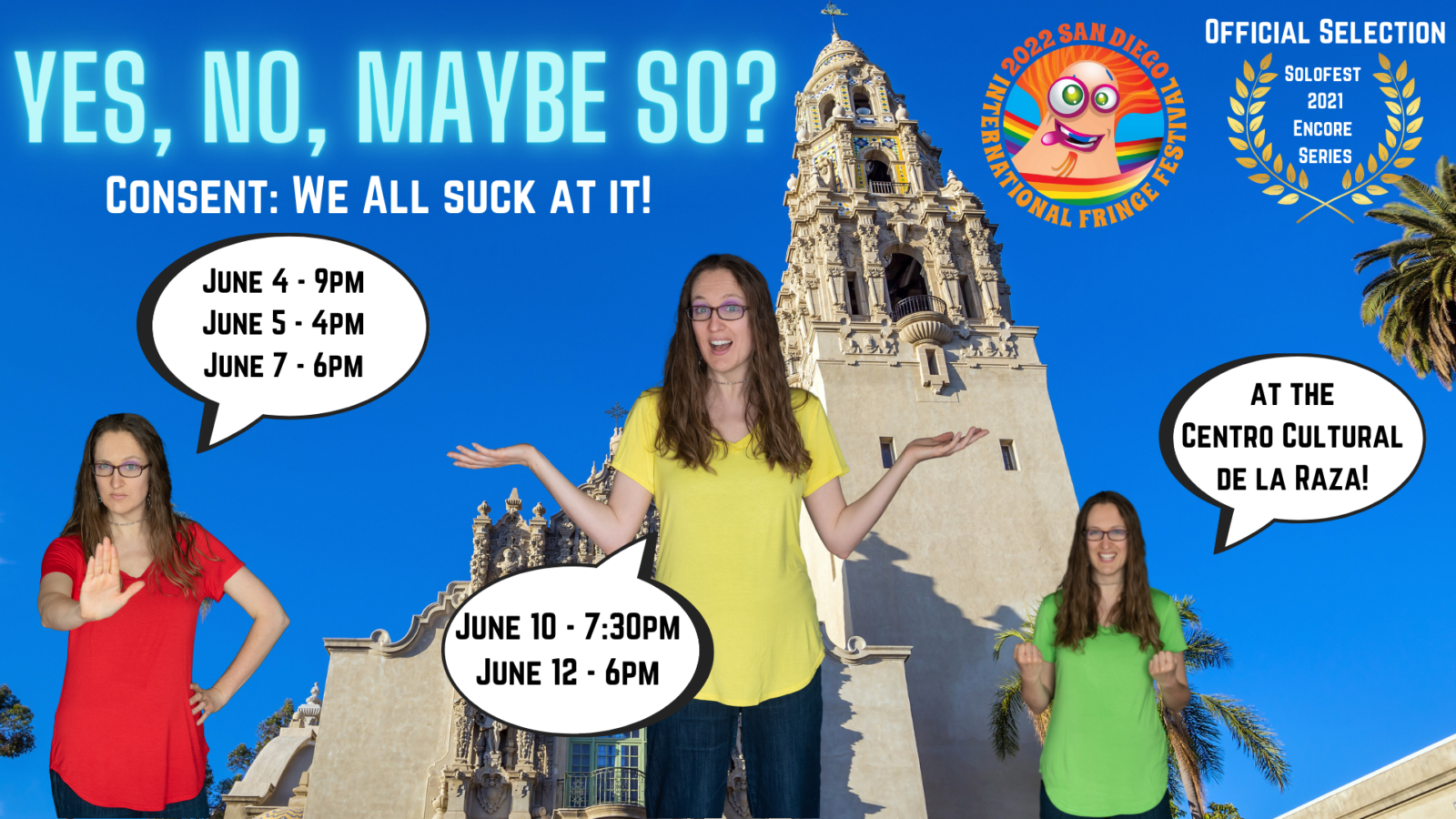 After an unsettling doctor’s appointment, Catherine’s inner social justice warrior, Professor Sarah P. Outrage, takes Catherine on a hilarious tour of her own fraught relationship with boundaries featuring song, characters, and percussion instruments. Will Catherine find the courage to speak up about what happened to her even though she sucks at consent?

WHO: Written, produced and performed by Catherine Barnes. Directed and developed by Jessica Lynn Johnson. Choreographed by Pamela Najera Michael.

Yes, No, Maybe So?  – A solo show with music. At San Diego Fringe Festival!