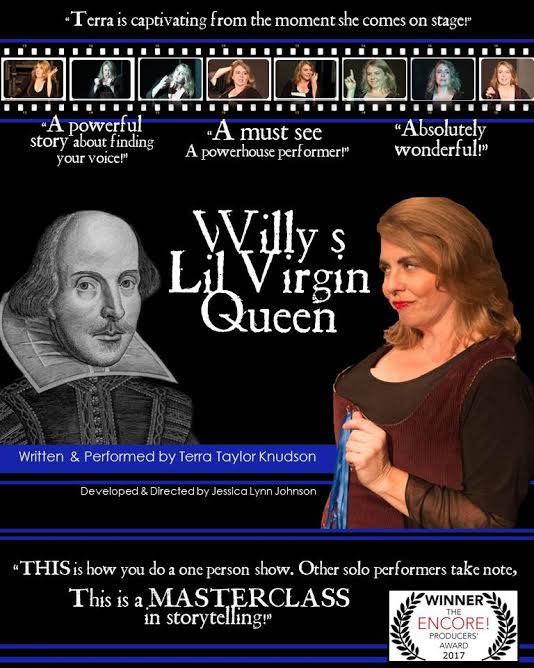 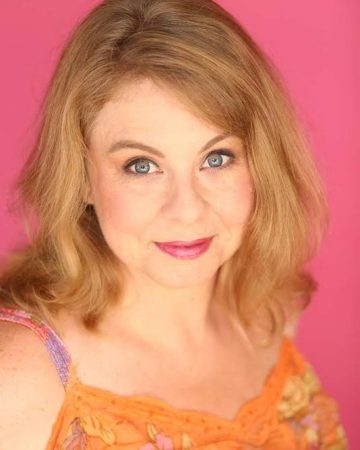 Willy’s Lil Virgin Queen isa madcap, comic romp as the words of Willy Shakespeare teach a 20th century Lil Virgin how to ditch the prince and be the Queen in this hilarious new solo show by award winning actress/playwright, Terra Taylor Knudson, Directed by & Developed with Jessica Lynn Johnson.

Told through monologue, historical anecdotes and a little creative conjecture, Terra weaves Shakespeare’s works into her own coming-of-age story as she illustrates the many ways that the Bard shaped and empowered her life. But, in addition to the humorously awkward moments of growing up, “Willy’s Lil Virgin Queen” is also an exploration into some of the darker aspects of adolescence like depression, bullying, trauma and even suicide, filtered through the lens of some of Shakespeare’s most iconic characters.

Whether Shakespeare scholar or nervous newbie, there’s something for everyone in this wild ride about a young woman discovering her voice in a world of words, words, words!