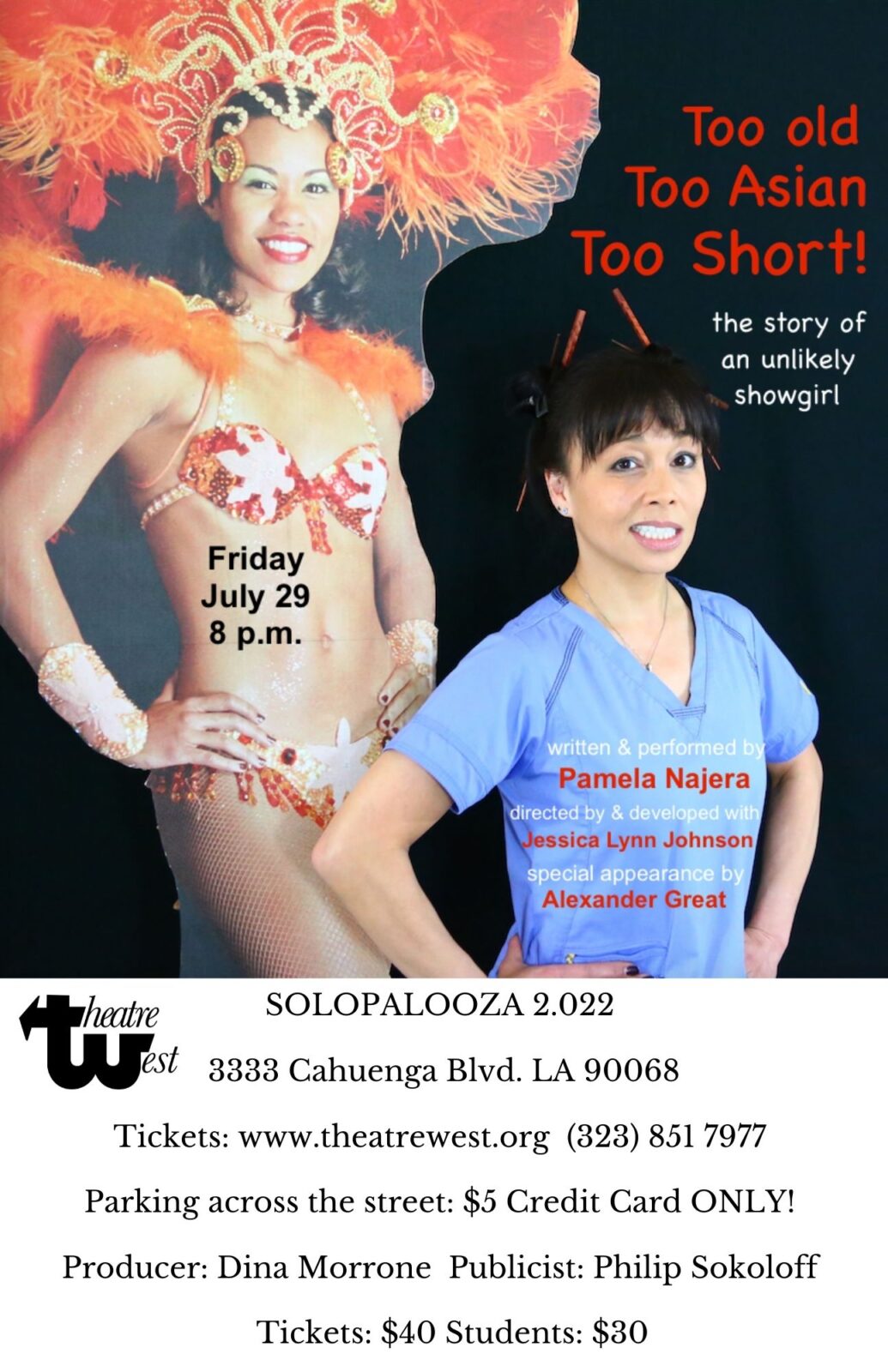 A story about a girl whose future was already decided for her. She was an obedient Filipina, destined to be a licensed registered nurse. Pamela grew up in a household of secrets and lies, mental and emotional abuse, including neglect and bullying. Her family moved from the Philippines and immigrated to America. She grows into adulthood looking for love in all the wrong places.

Pamela’s already fragmented self-esteem was shattered when her infatuation with a charming singer-songwriter from Georgia abandoned her for his budding music career. An unruly character, Obsession, emerges from her psyche and has her behaving like the ‘crazy-ex girlfriend’. Pamela seeks counsel not from a licensed psychiatrist but from an endless number of psychics.

Driven by revenge, she’s empowered through Dance. Although she was told, ‘you’re too old, too Asian, and too short’, she is catapulted into a long and fulfilling career as a dancer. However, Pamela’s inner demons were continuously reminding her that she was a fraud as she struggled to achieve her goals. Will she ever find True Love? Join Pamela, as she takes you on her journey of transformation through song, dance and magic.

The show illuminates issues such as domestic violence, bullying, statutory rape, mental and emotional abuse. However, there is still much joy and entertainment value as it presents both dance and magic.

Too Old, Too Asian, Too Short in SoloPalooza at Theatre West!