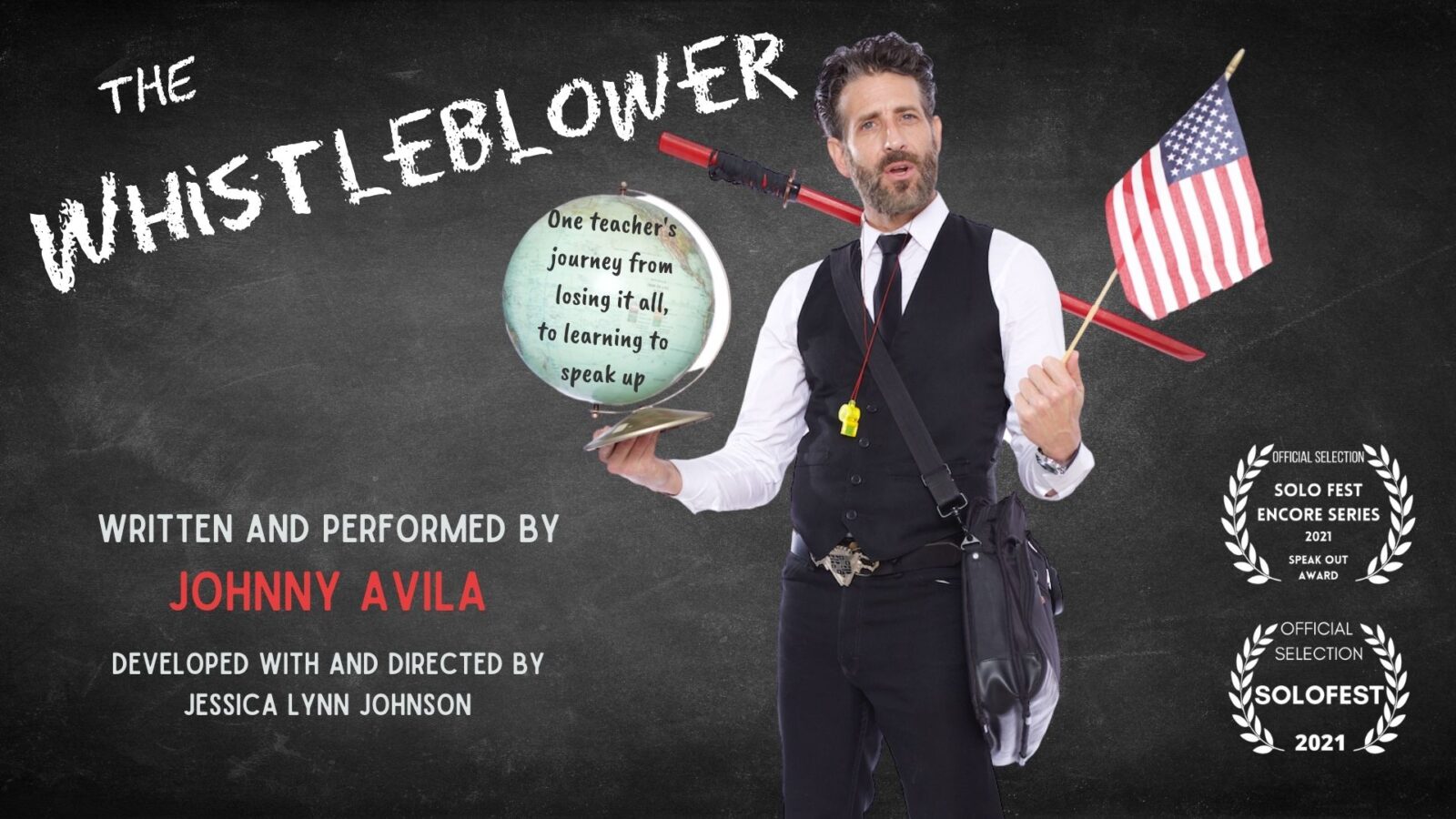 THIS PERFORMANCE IS ONLINE FOR ON-DEMAND VIEWING.*
“The Whistleblower” – Los Angeles theater reviews
Written and performed by Johnny Avila
Developed and directed by Jessica Lynn Johnson
Teachers. The real warriors.
“The Whistleblower” is a wonderful and heartfelt solo play that takes us through the life of Johnny Avila and his long winding road to his true calling. Teaching.
He became an agriculture teacher in the Central Valley of California. The hardest job in the school system, or as he puts it, “the marines of teaching, the first ones in and the last ones out.” Clearly, a brush with death in the jungle taught him something! Born into a big farming family in California, Johnny was determined to belong to something bigger than himself, in his career too. Using media, numerous hilarious characters, and beautiful, comical anecdotes, he recounts his complicated relationship with his calling. From his modest beginnings as a teacher, to running the last FFA program in Santa Barbara County on a zero budget, and a wing and a prayer. All while fighting the corrupt school district system, or what he calls, the “funding games.” His empathy is as obvious as the size of his heart and it is this, I am sure, that helped him connect with even the hardest to reach of his students.
“The Whistleblower” is a lovely show. And unique in the way that Johnny’s life seems to have been. He has a calling, and the calling to help and to heal has taken him on quite a journey. Achingly earnest, compassionate and kind, Johnny was driven to teach by his obvious and deeply held sense of justice and hope.