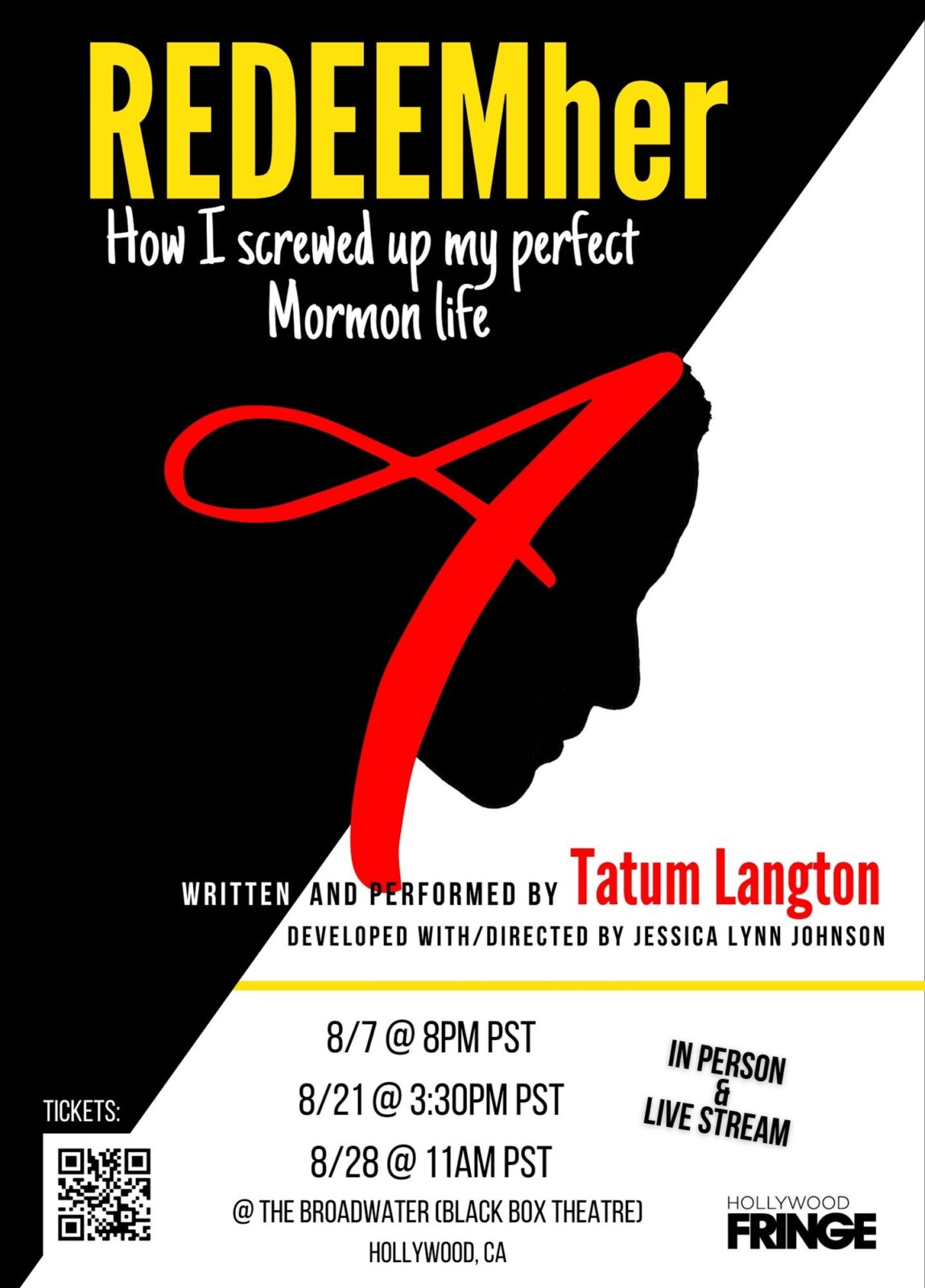 RedeemHer is a multi-media, multi-character story of a Mormon wife who tries to redeem her eternal marriage from a sin next to murder. This 60 minute dramedy asks the question: is the sin with a capital A redeemable? Uncover the answer with her in this debut solo-performance, as she battles between saving her marriage and saving her soul.

Written and performed by Tatum Langton

RedeemHer in The HOLLYWOOD FRINGE FESTIVAL 2021!