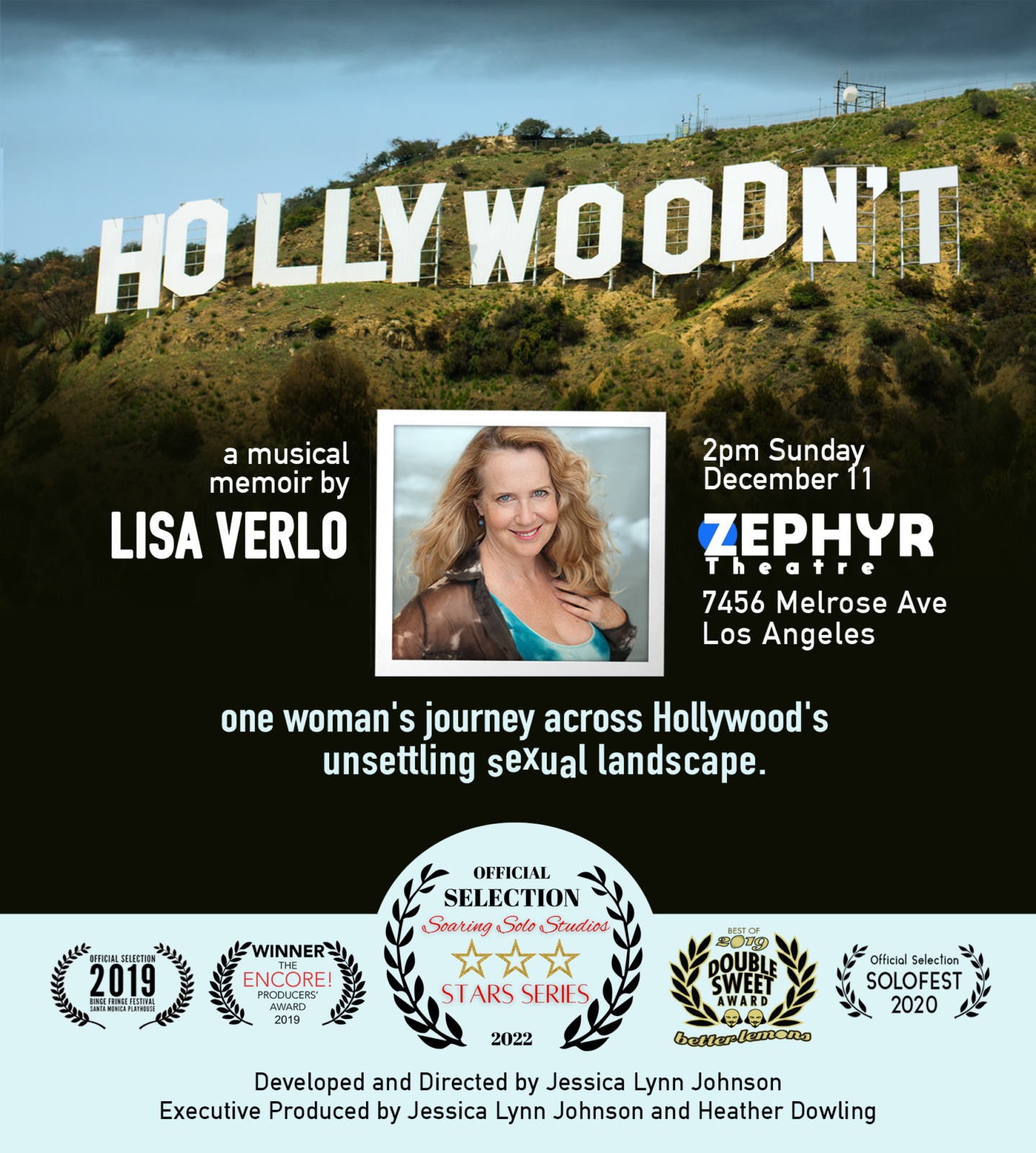 A fresh faced Midwestern actress came to Hollywood looking for fame only to find more action on casting couches than on the stage. 30 years later will she face the truth about her derailed dreams or can she live with the lie?

HOLLYWOODN’T is Lisa Verlo’s personal journey across Hollywood’s unsettling sexual landscape. Developed and directed by Jessica Lynn Johnson, with original songs Lisa co-wrote with Frank Simes, Musical Director for The Who, it is an artistic memoir told with candor and insight into the life of an actress before women dared to speak up. Lisa brings humor and a light heart to a heavy subject as she recounts her experiences on the casting couches of LA. and the #metoo conversations that we’re still not talking about.

Executive produced by Jessica Lynn Johnson and Heather Dowling, HOLLYWOODN’T was featured at SOLOFEST 2019 and 2020, the largest solo theatre festival on the West Coast. Lisa performed HOLLYWOODN’T at the Hollywood Fringe Festival 2019, where she received a Producer’s Encore Award and was nominated for the Larry Cornwall Award for Musical Excellence. HOLLYWOODN’T was also a featured show at the Binge Fringe Festival at the Santa Monica Playhouse in November 2019 as well as at Solo Stars Series at the Lounge Theatre, January 2020.

HOLLYWOODN’T in The Soaring Solo Stars Series at The Zephyr Theatre!