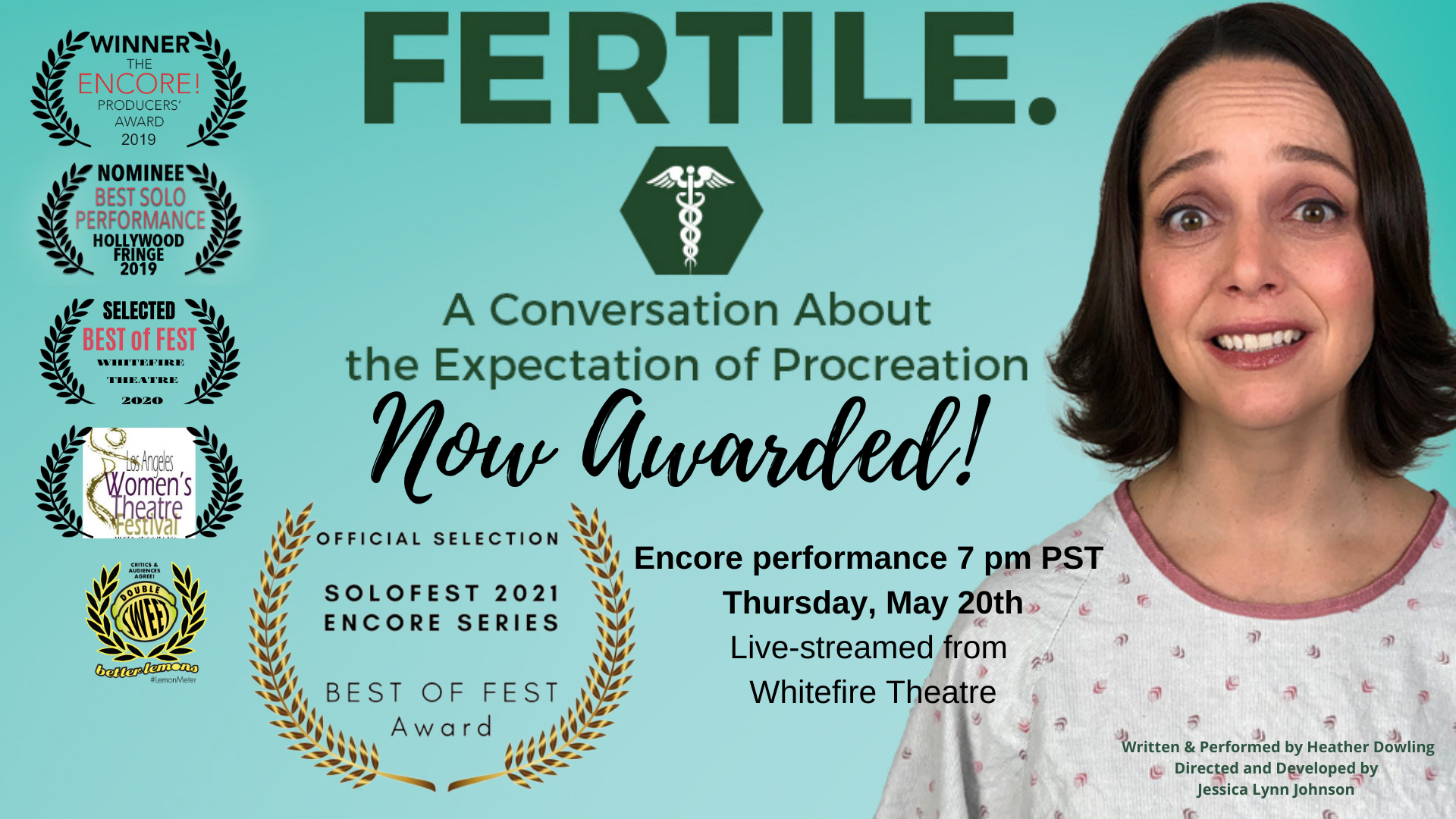 Jenny has a plan. A plan to get pregnant. Everyone keeps telling her that time is running out, she just turned 35, after all. So, when those pesky urine tests keep coming back negative, Jenny decides to take action and fix the problem. That’s when she runs into real problems and real questions about fertility and motherhood. As Jenny faces the world of “mom options” – egg freezing, in-vitro, adoption, and more – the conversation about the expectation of procreation really begins. Taking into account a whirlwind of outside opinions from her mom, her friends, doctors, a beloved neighbor – and even God – Jenny must ultimately look within to discover what motherhood means to her, what it means to be Fertile.
Written and performed by Heather Dowling
Directed by and Developed with Jessica Lynn Johnson

HEATHER DOWLING is an award-winning writer and actor. In 2019, Dowling premiered her one-woman show, FERTILE, her second solo-performance, at the Hollywood Fringe Festival, where she won the PRODUCERS’ ENCORE AWARD and was nominated for BEST SOLO PERFORMANCE. She garnered these same awards for her first show, UNEMPLOYED. FINALLY. at the Hollywood Fringe Festival 2015 and this debut solo-performance was also selected for the L.A WOMEN’S THEATRE FESTIVAL in 2017. Both shows were also invited to SOLOFEST, the largest solo theatre festival on the West Coast, and UNEMPLOYED. was selected to be part of UNITED SOLO, the largest solo festival in the world, giving Dowling the chance to perform on 42nd Street in NYC. For television, Dowling just recently premiered a 6-part comedy series that she co-wrote, starred in and produced called DOWN THE MIDDLE, featuring Tom Bergeron and James Lesure. You can learn more about Dowling at HeatherDowling.com.

FERTILE streaming at The WhiteFire Theatre in BEST OF FEST!