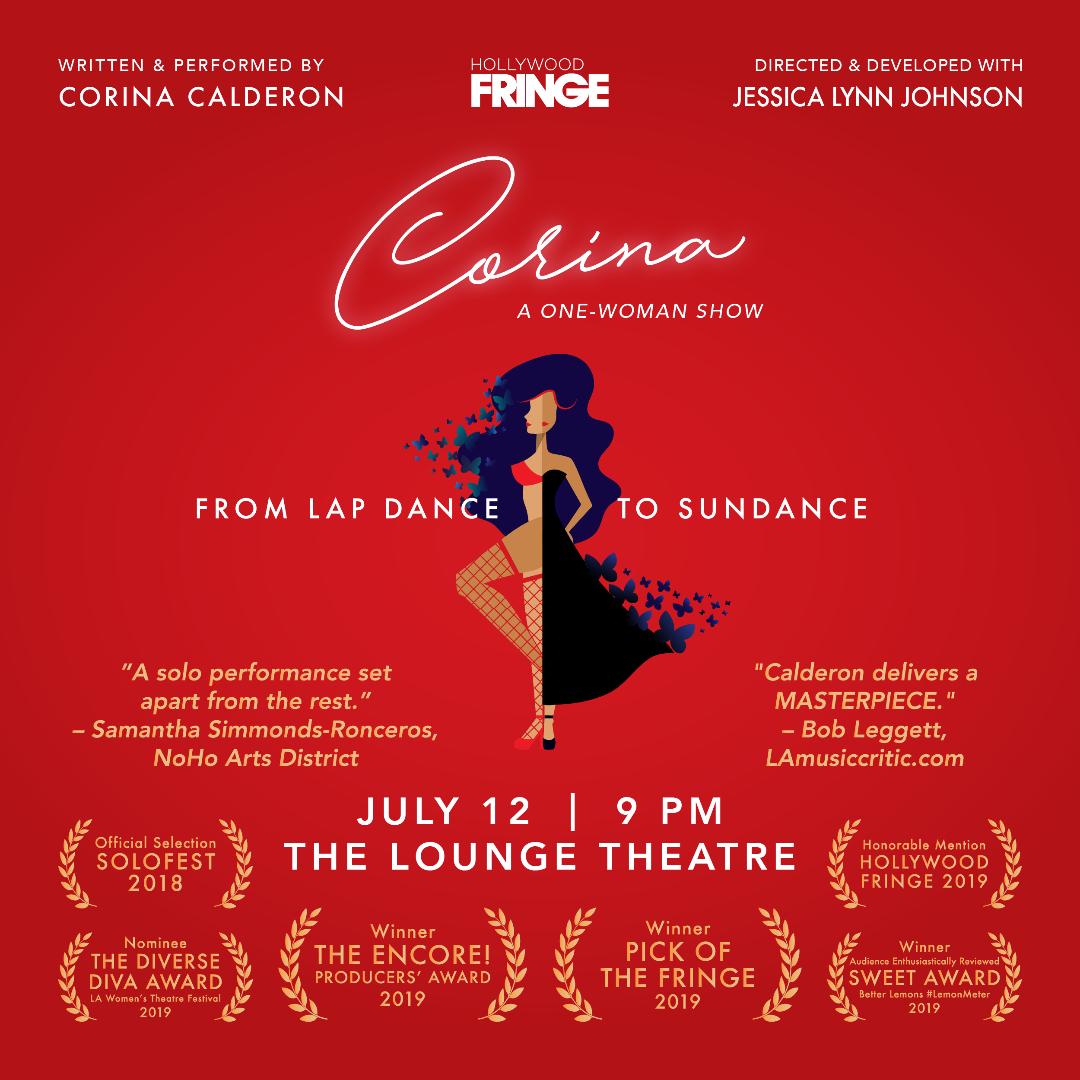 “CORINA, FROM LAP DANCE TO SUNDANCE” a one-woman show written and performed by Corina Calderon, with direction and development by Jessica Lynn Johnson. CORINA had its World Premiere at the largest solo theatre festival on the West Coast, SOLOFEST 2018 and is continuing its local tour in the Hollywood Fringe Festival where it received an Honorable Mention for its underrepresented unique theme.

This show recounts the journey of how Corina went from working as a stripper in Austin, Texas, to being cast as the Lead in a major feature film that was nominated for the Grand Jury prize at the Sundance Film Festival. From hiding the truth from her judgmental, Mexican-American Catholic family, to finding support and friendship in the club. The show retells her upbringing, her newfound confidence as a woman and artist. Also includes various forms of dance like Cumbia, Salsa, and Merengue, multiple characters and multimedia to further showcase her life and follow a narrative of perseverance to fulfill her dream of coming to Hollywood, no matter the cost.

ENCORE PERFORMANCE of CORINA: FROM LAP DANCE TO SUNDANCE at Hollywood Fringe!!!