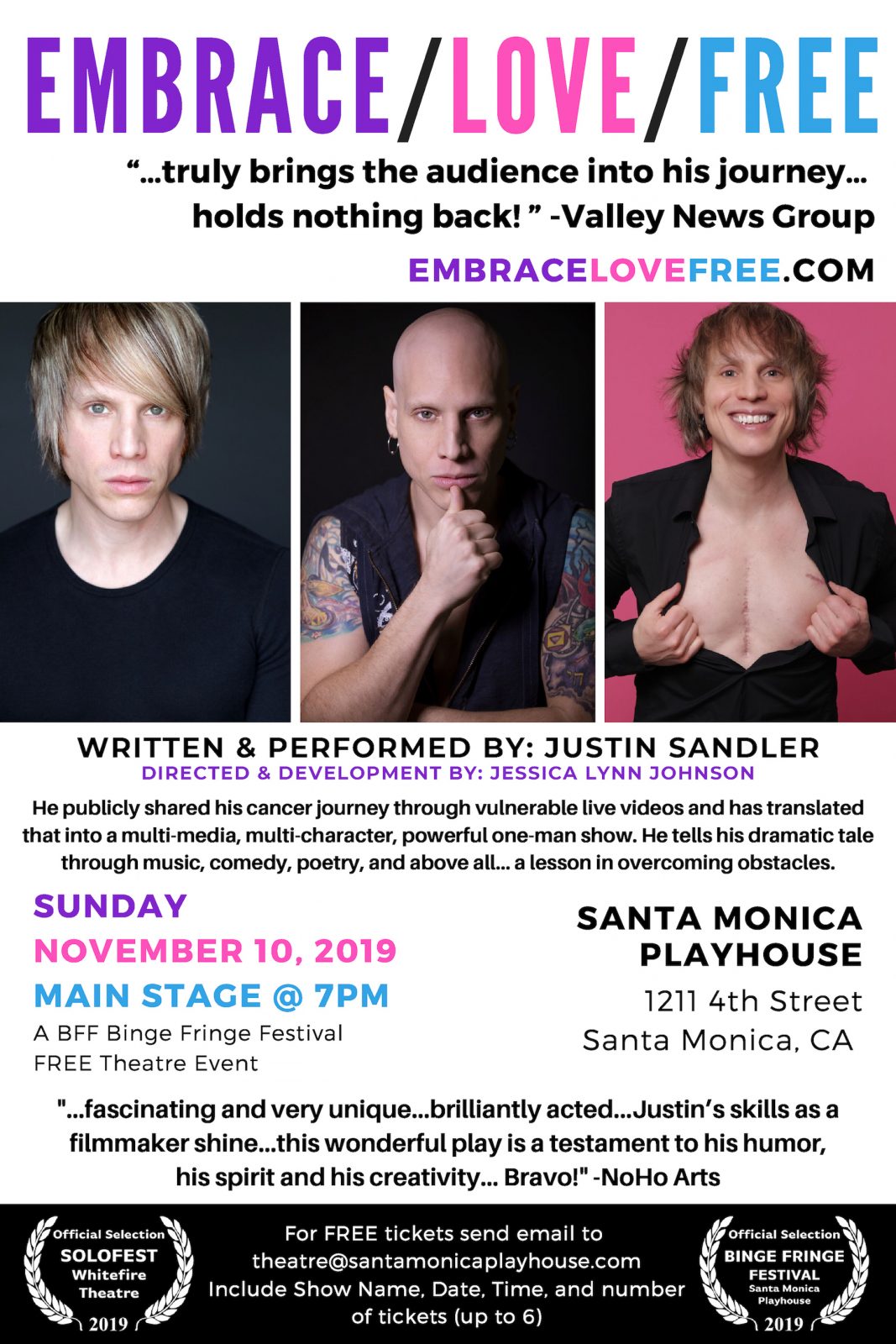 He publicly shared his cancer journey through vulnerable live videos and has translated that into a multi-media, multi-character, powerful one-man show. He tells his dramatic tale through music, comedy, poetry, and above all… a lesson in overcoming obstacles.

Written & performed by Justin Sandler with direction & development by Jessica Lynn Johnson, “EMBRACE LOVE FREE” made its world debut to a sold out crowd in the largest solo theatre festival on the West Coast… Whitefire Theatre’s SOLOFEST 2019!

On May 4th, 2017 Justin Sandler’s life was forever changed when he was suddenly diagnosed with a rare and aggressive cancer in the form of a large tumor growing into his heart and lung. Instead of falling into the all-too-familiar victim role, he realized early on that if he was to survive this, he would need to embrace his cancer, give it love, and eventually set it free. He saw the bigger reason for his cancer, as he was now able to share this positive message of overcoming obstacles with as many people as he could. And that message has now become a solo show that includes characters, narration, poetry, musical performances, and actual video clips from his entire experience.