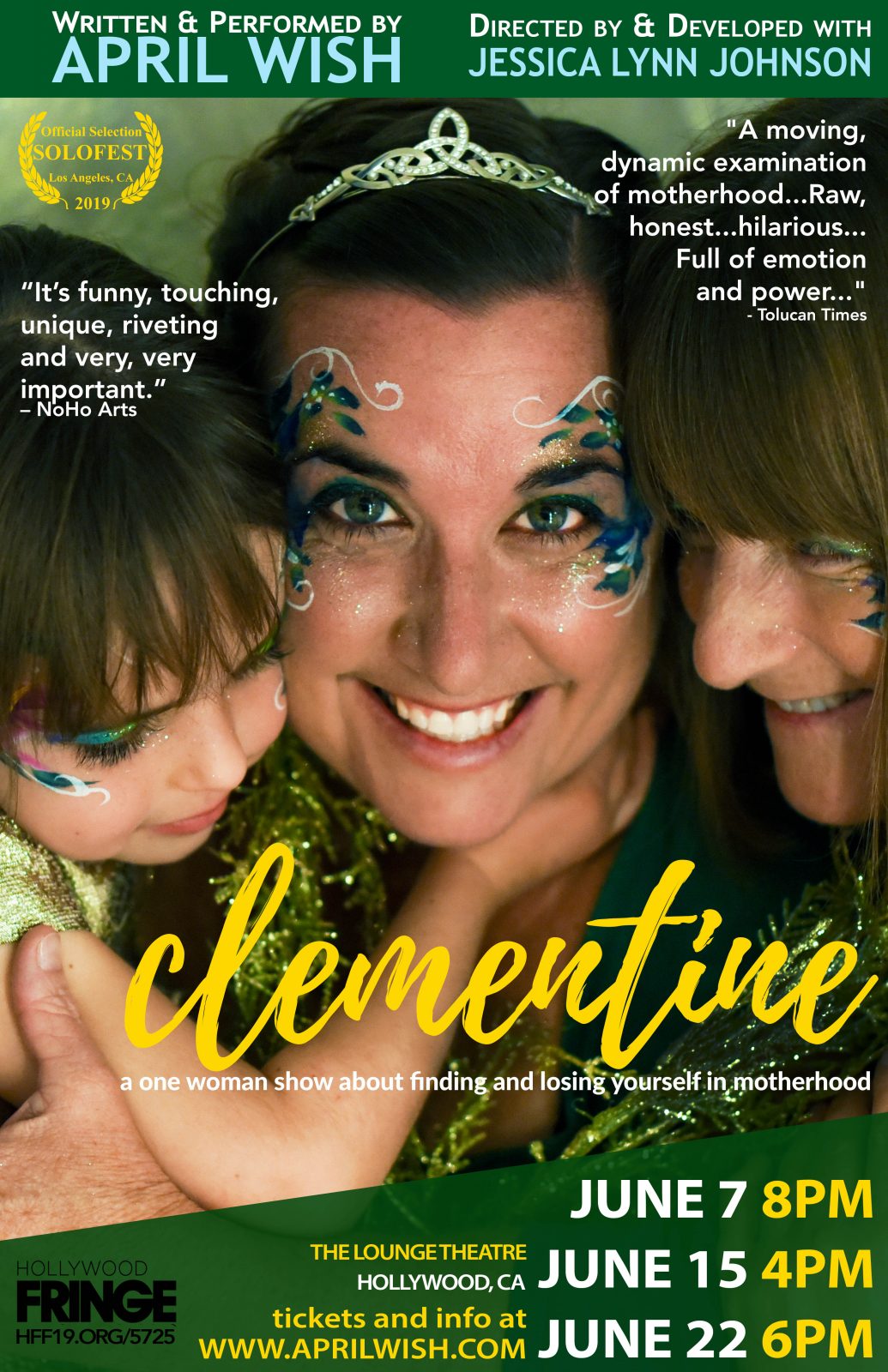 CLEMENTINE is a one woman show written & performed by April Wish and directed & developed by Jessica Lynn Johnson. It will premiere on Feb 23rd at the Whitefire Theatres SOLOFEST 2019, the largest solo theatre festival on the West Coast.

CLEMENTINE celebrates the exhilaration of motherhood, balancing poetic passages with humorous detours into the modern realities of raising small children. April Wish moves forward and backward through time, exploring the pressures and the promises of parenthood.

Unapologetically feminist and powerfully tender, CLEMENTINE studies a matriarchal familys traditions, exploring the connection between generations through Wish’s lens as both a mother and a daughter. The show follows her journey as she looks for the bits and pieces of herself she left behind when she stepped into her role as Mother – buried under mountains of toys and traditions.

In this dynamic and often hilarious piece, April Wish has crafted a love letter to her daughter, Clementine, as well as to the little girl she used to be herself. 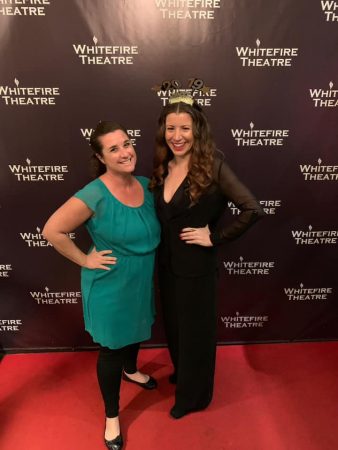 CLEMENTINE in Solofest at Whitefire Theatre!