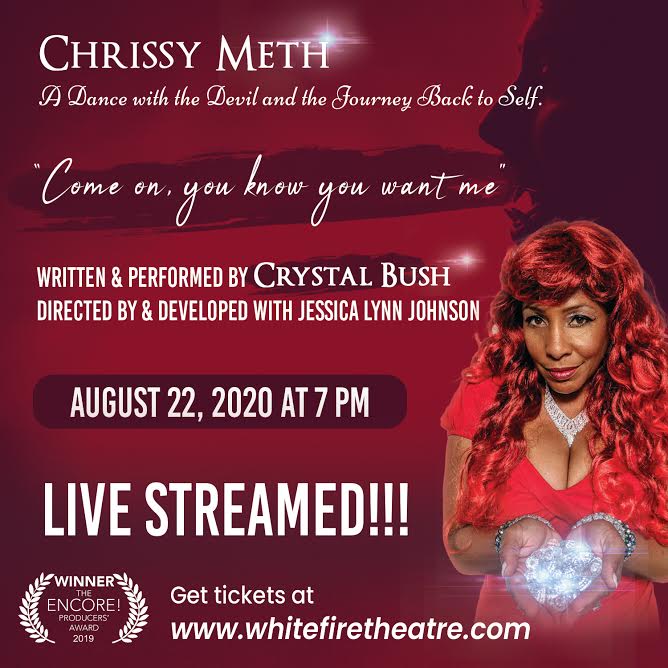 CHRISSY METH is a multimedia, multiple character one woman show that has been selected for the first EVER STREAMFEST at WHITEFIRE THEATRE! The show also won an ENCORE AWARD and DIVERSE DIVA AWARD nomination from its 2019 run at the Hollywood Fringe Festival.

CHRISSY METH is written & performed by by Crystal Bush, with direction & development by Jessica Lynn Johnson.

It centers around a motherless child “Crystal” who grows up in the western suburbs of Chicago, and not only has to face the racially oppressive construct of her world, she also finds herself stumbling from one abusive relationship to the next, pushing her into a deep drug addiction. Somehow, from the depths, of being lost forever, she finds hope and begins to put the pieces back together. Through the use of song, multimedia, humor and multiple characters, she explores, questions and challenges beliefs and social mores surrounding identity, and self esteem while showing that it’s never too late to comeback and find one’s self-worth.